Codemotion, a €6 million round closed to consolidate the growth of a platform dedicated to the international developer community

Codemotion, a €6 million round closed to consolidate the growth of  a platform dedicated to the international developer community

P101, Primomiglio and CDP Venture Capital SGR (the former Invitalia Ventures), participated in this capital increase aimed at giving further momentum to the development of a multichannel platform dedicated to over 500,000 developers, 200 tech communities and more than 300 companies and startups, which is already underway.

Codemotion is present in 4 countries: Italy, Spain, Holland and Germany.

Rome, April 16, 2020 - Codemotion announces the closing of a €6 million investment round. The financing conducted by P101, with the participation of Primomiglio and CDP Venture Capital SGR (the former Invitalia Ventures), former investors, focuses on consolidating the largest developer community and on accelerating the development of the online services of the Codemotion platform.

Founded in 2013 by Chiara Russo and Mara Marzocchi, Codemotion is a multichannel platform that connects IT professionals, developers and companies, allowing communities to share technological trends and best practices worldwide, supporting developers in their professional growth, offering them quality training content and the opportunity to participate in engaging activities, and helping companies to identify the most valuable digital resources, to hire them or involve them in open innovation and digital transformation projects.

From day one, Codemotion has seen developers at the center of the innovation ecosystem for their key role in creating real value and supporting digital transformation. Today Codemotion is a reference point in Europe with its network of over 500,000 software developers, 200 tech communities and more than 300 companies and startups. With over 50 employees, the startup is now present in 4 countries: Italy, Spain, Holland and Germany.

The transaction represents the second investment round for the startup, which had previously collected a €1.5 million seed round from Primomiglio (on behalf of Barcamper Ventures), CDP Venture Capital SGR (the former Invitalia Ventures ), and LVenture Group, which has supported the startup since its establishment with an initial pre-seed round.

The capital increase is aimed both at promoting internationalization and at speeding up the implementation of the online services of the Codemotion platform, which is unique in terms of quality and variety of services offered in the panorama of tech engagement platforms. Codemotion already constantly provides online content and activities for developers, such as the consultation of tech articles and videos, coding challenges, the opportunity to participate in webinars and the possibility to increase one’s skills with training courses. On the other hand, it offers companies the opportunity to engage developers to hire them, involve them in open innovation and business training projects or introduce them to its technologies.

“We are very pleased to announce this new round, both because it represents an important moment in Codemotion's growth path, as it allows us to accelerate the development of new online services and our internationalization, and because it is taking place during a period that is very delicate from a historical and economical perspective - announces Chiara Russo, CEO and Co-Founder of Codemotion - Now, more than ever, working with an ecosystem mindset with developers, companies, the public administration, innovation hubs and tech communities is the only way to face the challenges that will arise. The programmer community, which has built up passionately over the years around Codemotion, is truly capable of accelerating innovation in Italy and worldwide. We are very grateful to investors for believing in Codemotion.”

“We firmly believe that developers can create a better future - continues Mara Marzocchi, Co-Founder of Codemotion - For this reason we are working on creating the best possible platform in order to inspire them and support them along their growth path. We want to create a large tech community, a community capable of influencing the lives of all of us with projects that have a real impact.”

Just during the last month, as a response to the current emergency, Codemotion created new online opportunities for the developer community and companies. For developers, a cycle of virtual conferences - the first of which on Deep Learning, the Devs Lunch Box format to offer daily video tech pills and all the tech community meetups, are now online on the Codemotion Platform. For companies, all training courses have been converted to online courses and online hackathons have been activated as an open innovation tool. Codemotion has also launched online courses for school teachers and made all coding and technology courses for CodemotionKids! children and teenagers available online. In addition, specific EduTech activities aimed at children are available for schools, foundations or for companies engaged in CSR - Corporate Social Responsibility - activities or who want to offer courses as benefits to the children of their employees. At the same time, Codemotion offers further offline opportunities for professional growth, exchanges and networking through its large international conferences, hackathons and meetups.

Artificial intelligence, Blockchain, Internet of Things, Cloud Computing, Big Data are just some of the challenges that companies have to face in order to be ever more performing and competitive: a reality like Codemotion, which is capable of acting as a bridge with the world of developers, is now indispensable like never before. In fact, Codemotion offers companies Training, Open Innovation and Digital Transformation opportunities that are fundamental during such complex times.

“Today more than ever, we realize that the digital world is an essential tool in our everyday life. From school to businesses, to the public administration: if the world is managing to adapt quickly to the changes imposed by the current emergency, we must thank digital technology. It is an irreversible process, during which our way of learning, working, accessing certain services will change forever. Codemotion in this sense is a precursor: it offers access to high-level specialized content and offers important networking and career opportunities, also through entirely online experiences - says Andrea Di Camillo, Founder and Managing Partner of P101 SGR.

“We are truly happy to strengthen the existing Codemotion investor base having on board P102. The digital model of Codemotion's is getting a lot of traction - said Gianluca Dettori, Chairman of Primomiglio - Its ability to engage a large number of developers across Europe,  is building a great channel for corporates to reach out to such communities. By working with the best tech companies Codemotion provides additional benefits and new opportunities for developer communities across Euro.”

Codemotion is a multi-channel platform that has always supported developers and the Platform connects  IT professionals, tech communities and companies to each other. Founded in 2013 by Chiara Russo and Mara Marzocchi, today it is a scale-up with more than 50 employees in 4 countries (Italy, Spain, the Netherlands and Germany) and a reference point in Europe with its network of over 500,000 software developers, 200 tech communities and more than 300 companies and startups. Codemotion is committed to building an international tech community that orchestrates opportunities for growth, training and professional development and conveys quality content on the latest technological trends for professionals in the sector, also helping young generations to approach technology through the “Codemotion Kids!” project. Codemotion supports developers so they can grow, discuss matters and build together the technologies of the future.
In plain words, programming the future. Together.
For companies, Codemotion offers the opportunity to engage the community’s developers to hire them, involving them in Open Innovation, Digital Transformation and training projects.

P101 SGR is one of the leading venture capital firms in Italy, investing in digital and technology-driven companies.

Founded in 2013, it is supported, among the others, by Azimut, Fondo Italiano di Investimento and European Investment Fund, as well as some of the main Italian entrepreneurial families. P101 SGR currently manages two funds and assets for 150 million euros, with the aim of raising over 200 million euros. It is also the first VC fund to be included in a joint fund - Italia 500 by Azimut, which is open to retail and invests in Venture Capital. P101 (or Programma 101) is the first fund of the SGR. It was launched in 2013 and has invested in 26 early stage technology companies, including Viralize, BorsadelCredito.it, Cortilia, Milkman, Musixmatch, Velasca and Tannico; it has led the exit strategies of Musement, Viralize and Octorate. P102 (or Programma 102) is the Company’s second fund. Launched in May 2018, it has finalized 6 investments to date.
P101 SGR has a team of 10 experts and a network of advisors whose investment track record includes companies such as Banzai, Linkem, Objectway, Vitaminic and Yoox. P101 SGR and stands out for its ability to provide new generations of entrepreneurs not only with economic support, but also with the knowledge and network that are necessary to support the growth of companies. P101 takes its name from the first personal computer being produced and sold on a large scale globally, which was designed and created in Italy by Olivetti and is an example of Italian innovation leaving its mark in the history of modern digital technology well beyond national borders.

Primomiglio SGR S.p.A is an investment company based in Italy focused on early stage venture capital, managed by a team with a strong expertise on digital technologies and highly entrepreneurial track record. Barcamper Ventures is a seed to early stage investment fund managed by Primomiglio focused on high potential digital and software startups.

CDP Venture Capital SGR – Fondo Nazionale Innovazione (national innovation fund) is an asset management company owned 70% by CDP Equity and 30% by Invitalia. It was created to accelerate the growth of the Italian venture capital ecosystem and to take it to the level of the major European countries, expanding direct and indirect investments, also fostering the birth of new fund managers, leading to investment in startups and facilitating the processes of technology transfer from universities and research institutes.
in addition, CDP Venture Capital promotes links between Italian and international investors and startups, and between the latter and firms in the CDP Group. CDP Venture Capital operates through investment funds. 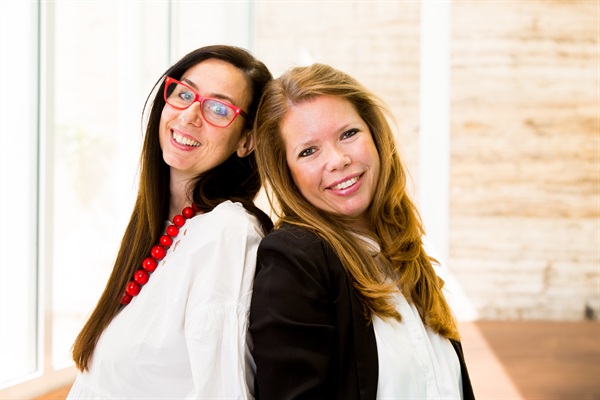 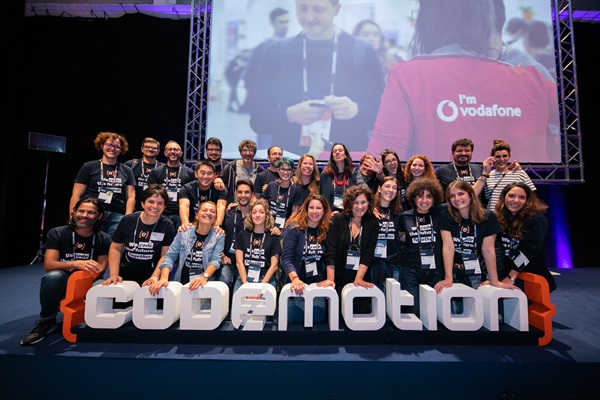 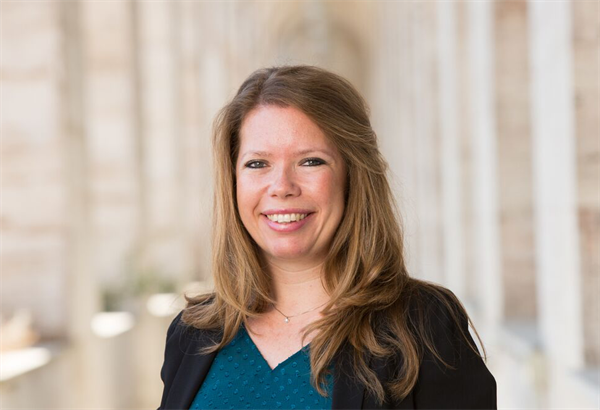 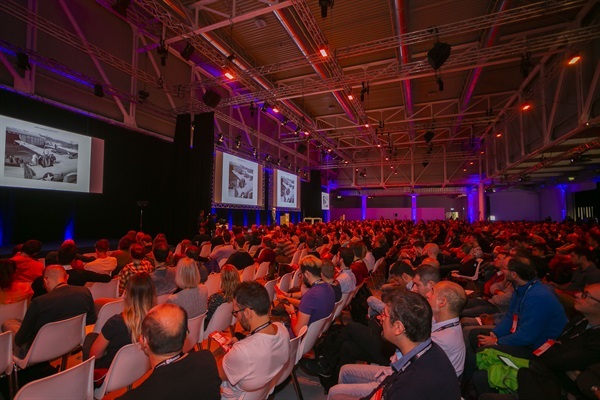 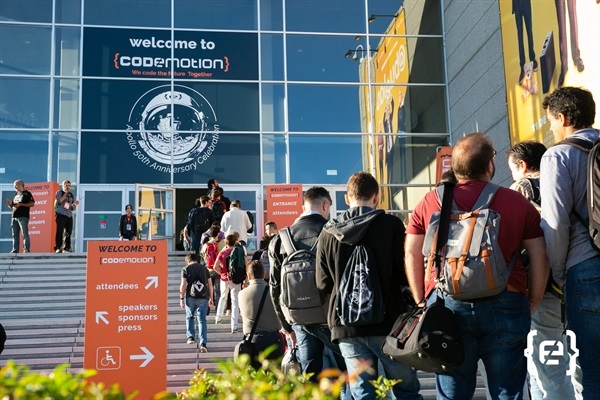