In this link the news in Italian

Seattle, 10th February 2016  - Starting this summer, Diego Piacentini will take a two-year leave from his role as the senior vice president of Amazon’s international consumer business. He will return to his native Italy and lead the Prime Minister's digital technology office.

“After 16 years at Amazon, it’s a way for me to give back to the country in which I was born and lived for 40 years of my life,” says Piacentini, 55, who will work pro bono. He will be based in Rome and fly back every few weeks to his home in Seattle. “I'll be commuting,” he says. “I travel a lot anyway in my life, so it’s not going to be a really big change.”

A recent Fortune cover story reported that Piacentini is so focused on growing Amazon’s Indian business – the company’s latest and largest international investment – that he got his last two haircuts in India. “All the people who read that article, for some reason, the haircuts are the thing that they all cached,” he says with a laugh.

Piacentini is adamant that he can’t claim – and shouldn’t be given credit for – Amazon’s successes around the world. “I'm not trying to be artificially humble,” he says. “It’s notabout me. The way we’ve accomplished what we’ve accomplished and made it sustainable is that we’ve hired a really awesome, qualified team of very thoughtful, innovative people. We use a global platform and use global processes, but we invent on behalf of each country’s customers. At the end of the day, it’s about having the right judgment to decide what things need to be done differently. Universally, customers love infinite selection, great service, fast delivery and low prices.”

Piacentini readily admits that his own judgment isn’t infallible. For example, he was initially skeptical of manufacturing the Kindle. “Coming from Apple, I knew how hard and risky it was to build hardware,” he says. “But Jeff said, ‘Yeah, we don’t know how to build hardware, Diego. We’ll learn.’ He was totally right.”

Piacentini will carry many lessons from Amazon, including the Kindle’s birth, into his new job in the Italian government: “First of all, the lesson is never say ‘It will never work.’ Lesson learned! And the second is that it’s about getting organized around the big ideas. And you can do that if you have the fundamental building blocks: innovative thinking, being transparent and vocally self-critical, long-term vision, not being obsessed with short-term results, and putting the customer first. This is why things happen at our company, because the building blocks of Amazon's philosophy are there. So you don't have to change the culture of the company to make all these new ideas happen.”

What’s most important? “Think big and stay focused on the customer. That’s what we plan to do in Italy.” 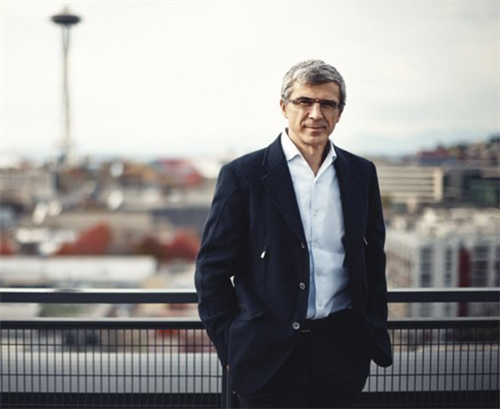