Her academic path started from art and moved on to cinema, and later became focused on communications and new media. In addition to her academic subjects, she studied English, which encouraged her to broaden her horizons and to travel. After getting a Master Degree in Advertising and Institutional Communications from the University of Reggio Emilia, she flew to New York, where she worked for the Italian Consulate General. Here she handled the promotion of the Italian language and the organization of mainly political/institutional events. When she came back from the United States she arrived at Mirandola Comunicazione, finding herself interested in learning the details about the press office world and determined to grow from a professional standpoint in the field of public relations. 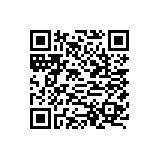