This batch of nanosatellites will make up the Astrocast IoT Nanonsatellite Network’s equatorial plane. The Astrocast constellation will consist of eight orbital planes, each consisting of eight operational and two spare satellites. The complete 80-unit Low Earth Orbit network will provide cost-effective two-way communications for the millions of IoT devices in remote areas of the world. Astrocast’s constellation is expected to disrupt numerous enterprises, creating substantial efficiencies and cost advantages within key global sectors including maritime, oil and gas, mining, supply chain, and logistics, automotive, utilities, and many others.

During the planned Astrocast mission, the ten nanosatellites will travel inside the DCube dispensers, designed by D-Orbit to reduce vibration and shock levels during launch.

"Reliable access to space is critical for Astrocast as we move quickly to deploy our constellation. We feel D-Orbit is a critical partner in our efforts and we are very excited to further our commitment to working together,” said Kjell Karlsen, CFO, Astrocast.

“We are honored to contribute to the expansion of Astrocast’s infrastructure in low inclination orbits” commented Renato Panesi, D-Orbit COO. “This contract expands previous agreements with Astrocast and strengthens the cooperation between the two companies. We feel honored by Astrocast’s renewed trust in our company and it’s a privilege for D-Orbit to contribute to such an important mission”.

D-Orbit is a New Space company with solutions covering the entire lifecycle of a space mission, including mission analysis and design, engineering, manufacturing, integration, testing, launch, and end-of-life decommissioning.

The company’s competitive advantage is the versatility of its launch and deployment services that can be tailored to the customer’s needs, from the launch procurement of a single spacecraft using standard deployment strategies to the precise deployment of a full constellation with ION Satellite Carrier, a CubeSat dispenser developed and operated by D-Orbit.

Committed to pursuing business models that are profitable, friendly for the environment, and socially beneficial, D-Orbit is the first certified B-Corp space company in the world.

Astrocast SA, in partnership with the European Space Agency, Airbus, and Thuraya, is developing an advanced nanosatellite network for the Internet of things (IoT). Airbus and Astrocast have developed a low-cost ASIC and module that provides the most power-efficient satellite modem for IoT applications. The constellation will consist of 64 CubeSat satellites in Low Earth Orbit (LEO) and will provide low latency global coverage. Astrocast was founded in 2014 by the developers of SwissCube, one of the longest-lasting, operational nanosatellites in space. 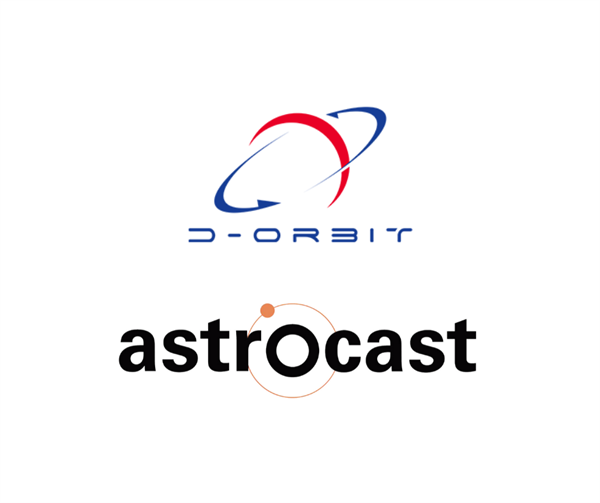