The International Centre for Digital Culture is a project of Meet the Media Guru and Fondazione Cariplo.

MEET is a place to meet, discuss and co-design to bridge the digital divide in the Country and help Italy make the most of its full potential, starting from its cultural identity, to restore its position on innovation issues globally.

Fondazione Cariplo acquired Spazio Oberdan. At the end of the renovation, the location will house MEET.

MEET believes in international cooperation, as testified to by the partnership agreement with Toronto’s George Brown College and Institute without Boundaries.

Milan, 26 February 2018 - Today in Milan marks the birth of MEET, the first international centre for digital culture. This project came to light thanks to the combination of two extraordinary stories, one of a philanthropic organisation called Fondazione Cariplo, which has supported local growth and well-being for twenty-six years, and Meet the Media Guru, an idea and event platform directed by Maria Grazia Mattei, which since 2005 has investigated the issues of innovation and digital technology as a crossroads for the culture, economy and professions of our time.
MEET is first and foremost a social enterprise whose mission is helping bridge the digital in the Country, being convinced that innovation is primarily a cultural matter, before being about technology and that the dissemination of digital culture fosters economic growth while increasing opportunity and well-being for the benefit of all citizens.
The choice of basing the centre at the heart of the city is a statement about the very tight tie with the community given the strategic role in the innovation process for the Country. Indeed, the mission is to turn Milan into a hub for digital culture also on the international stage.
MEET s committed to disseminating digital technology with a permanent focus on art and culture, exposing Italians - first and foremost the young and very young - to worldwide scholars who investigate and advance the changes affecting mankind.
For MEET the approach is always immersive and based on experience, much like for Meet the Media Guru, and thrives on dialogue, co-creation and the dissemination of successful solutions, according to such principles as inclusion and participation, which are pivotal in the social and philanthropic activities of Fondazione Cariplo.

Giuseppe Guzzetti Chairman of Fondazione Cariplo
“Today, among the various forms of poverty, there is also cultural poverty in the face of the change brought about by digital technology. This causes distortions linked to illiteracy, which in turn translates into improvisation. Cultural poverty is to a certain extent cultural, as it prevents from tapping fully into the potential benefits digital technology offers for the economic growth and personal development of people.
For this reason, Fondazione Cariplo has believed and still believes in the need for new ideas like MEET, the international centre for digital culture - declared the Chairman of Fondazione Cariplo, Mr Giuseppe Guzzetti - Creativity, social inclusion and more opportunities for the youth. Milan has shown that it can live up to the challenges of modernity, moving forward from its industrial past and confirming its key role in the Country’s economy. It is only fair that from a cultural standpoint Milan should become the advocate of an innovative project placing Italy on the European and international stage”.

Maria Grazia Mattei Director of Meet the Media Guru
“To Meet the Media Guru, Digital Culture is the DNA of our time, it is the system of symbols and behaviours that defines our present. - said Maria Grazia Mattei, Director of the newly-born Centre and founder of Meet the Media Guru - People often believe that technology change is the root cause, as if they were looking through a reverse telescope, as it is the consequence of our way of living and thinking. What is the danger in this misunderstanding? It might turn us into mere users of newer and newer technology. And in the meantime, caught in the pursuit of the newest thing, overwhelmed by the tireless upgrading and afraid to be left behind, we lose the sense of all this running in circles. With MEET we want to give a voice to Digital Culture as a new Humanism keeping together all the elements of this irresistible change, without leaving anyone out, in a spirit of dialogue and inclusion.

MEET is a creative laboratory open to the people of Milan and to those who, in Italy and the world, share in the idea that the digital divide is not a technology issue but a cultural one. The centre will be based in the former Spazio Oberdan, which Fondazione Cariplo bought for the purpose from the City of Milan: 1,200 square meters in the landmark building of Porta Venezia, with its windows giving on to a square and a part of the city that embody the tradition, dynamism and evolution of the city. Currently the location houses - and will continue to do so - Fondazione Cineteca Italiana, with which MEET will organise several joint initiatives.

As far as the web goes, MEET has a brand-new website (meetthemediaguru.org) designed by Accurat ac­cording to an immersive data visualisation approach allowing to navigate the vast art and cultural collection produced after 2005 and held by Meet the Media Guru.
The website itself is an experimental platform where videos, images, words, languages and stories con­verge with the participation of artists and thinkers, not to mention the whole community of over 60,000 people who have followed Meet the Media Guru passionately and with engagement since 2005. The com­munity bound to grow to over 200,000 people in 5 years.

MEET can already count on a capillary international network of over 100 scholars, people of very high profile who over the years have come to know and appreciate the dissemination work carried out by Meet the Media Guru. The MEET program hinges also on project dialogue and co-creation in bundle with many international partners, first and foremost the George Brown College of Toronto and its Institute without Boundaries specialising in participatory design, and the newly founded Innovation Exchange, where MEET has an office to seamlessly exchange ideas and projects.

The activity of MEET is always focused on content and unfolds along 4 multi-disciplinary project lines open to everyone’s contribution. First off, the content zone is a creative laboratory testing new languages and offering multimedia products and innovative formats and services. Then, the research and innovation zone will have great importance as it will take the best of international research to investigate the impact of digital technology on communities. The education zone will engage people of any age, walk of life and interest through courses, master classes, workshops and experience projects to promote digital literacy in Italy, thus overcoming a merely enabling paradigm for digital skills. Finally, the showcase zone is a platform that will inherit the production of Meet the Media Guru after 2005 and promote it in exhibitions, conferences and shows in Italy and abroad.

Pending the launch of the actual centre, MEET immediately offers a range of initiatives and events with a programme that over the next months will investigate such issues as artificial intelligence, cultural in­novation, blockchain and health innovation with meetings and diffused events in Milan and the rest of the world.

On 9 April the first immersive Meet the Media Guru lecture will take place at Milan’s Museo Nazionale della Scienza e della Tecnologia Leonardo da Vinci; the programme for the evening will include none other than the American guru on artificial intelligence applied to journalism, Francesco Paulo Marconi.

On 16 May in Milan, with the Canadian Vice-Chairman of Winnipeg’s Museum of Human Rights Corey Timpson, we will discuss the issues of accessibility and inclusive design as they apply to exhibitions, muse­ums and cultural heritage.

The dissemination of digital culture in the area will further expand thanks to the participation in co-created events: the first is called Exhibitionist, a programme by Fondazione Fiera Milano designed hand in hand with Meet the Media Guru; on 9 March the programme has in store a special evening on transmedia storytelling within the framework of Tempo di Libri. The star of the evening is Eddie Newquist, the mind behind very successful exhibitions on the cross-media universes of Harry Potter, Game of Thrones and The Chronicles of Narnia.

Then, on to the Milan Digital Week organised in bundle with the City of Milan; from 15 to 18 March the event will host an installation designed on purpose to celebrate the Centre.

The first foreign stop will be the Toronto Digifest, from 26 to 28 April, promoting Italian innovation abroad. Meet the Media Guru is once again the protagonist of the festival, which this year trusted the opening speech to Giorgia Lupi, an information design expert. Moreover, Canada will also host the third edition of Future Ways of Living, a format focused on the design of solutions for the future, which this year will analyse the changes in the labour market.

In 2018 over 4 billion people in the world will use the Internet1 , almost all of them using a smartphone and, most importantly, for the purposes of communicating on social networks. This wealth of information feeds into Big Data, that is, the translation of our lives into numbers, a huge amount of numbers if you think that in the world 5,000 million billion of data bits are produced every day2.

In 2016 196 billion e-mails3 were sent every day while today, on WhatsApp alone, 55 billion messages are ex­changed every day4. The forecasts for 2022 say that an average family may use up to 500 electronic devices interconnected through the Internet of Things5, while as early as at the end of 2019 it appears that there will be at least 35 million of “social robots” in the world designed to interact with human beings thanks to artificial intelligence. MEET looks at those numbers and the evolution of the underlying trends with an eye on people.

The roots of New

Today innovation is perceived as inseparable from technology or the digital, when in truth very different, and apparently removed, arts such as visual arts, engineering, science, music, design, genetics and medicine constantly influence one another, as they find their creative, artistic and social roots in the research made by tens of pioneers starting in the Sixties. They built the foundations of the Digital Culture that surrounds us so pervasively today. Creative cross-contamination as it unfolded so far is at the root of concepts that are widely shared today, such as the web, participation, co-creation, sharing, multi-disciplinary, inclusion, virtual and immersion.

These concepts must be shared with those who have not embraced Digital yet, with those who have done so without being fully aware of it and those who would rather escape it. MEET is the home of those who want to become aware of the creative potential of such disruptions as artificial intelligence, blockchain and aug­mented reality. Far from unconditional euphoria as certainly not a “technological Luddite”, MEET welcomes change in the light of what it can bring in terms of improving people’s lives. 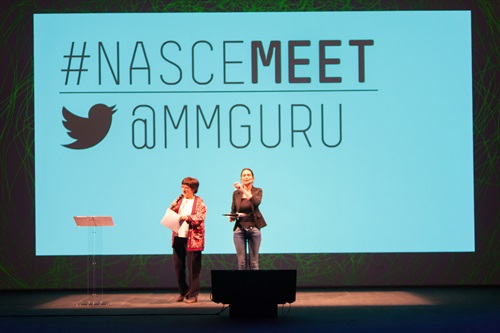 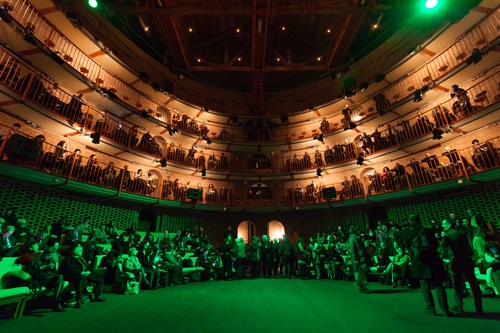 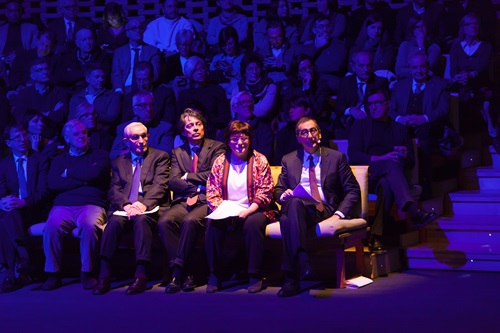 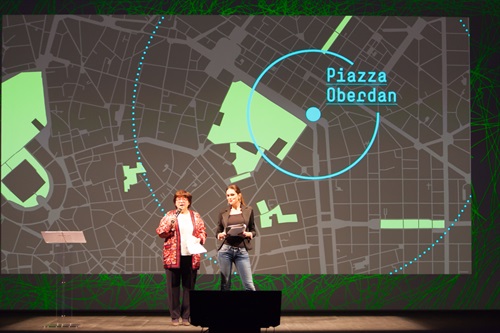 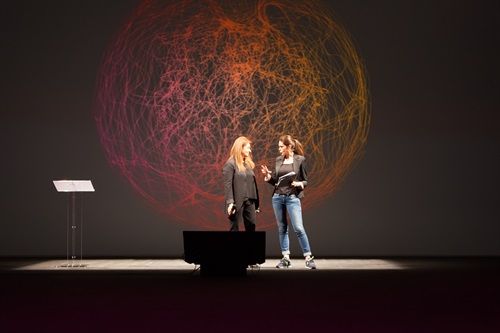 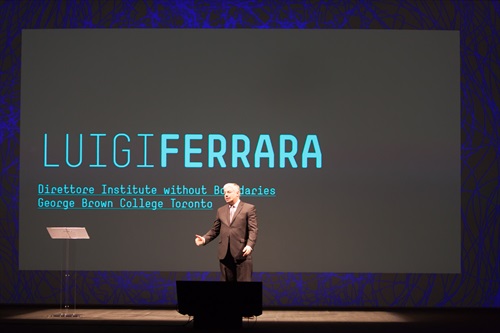 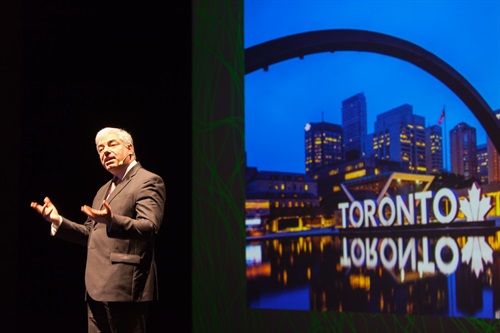 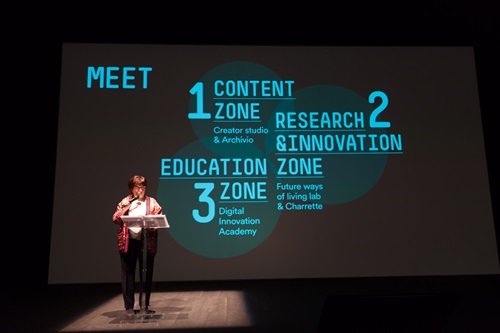 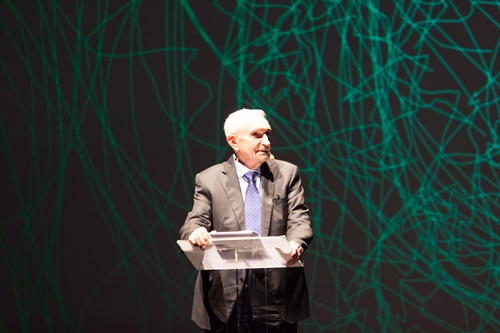