Link to the full 150th anniversary supplement of La Stampa.

A few years from now, I imagine a country that, thanks to digitalization, has won the battle to simplify the state-citizen-enterprise relationship.

A country where politicians who try to understand technological transformation, rather than fearing it and fighting against it, are the rule and not the exception.

A country whose laws recognize and promote the right to innovate rather than stifling it.

A country where strong technology skills are also found within the state and public agencies.

A country where the public authorities work in an integrated, open and interoperable manner, from the central government down to the smallest municipality; where certificates are a distant memory, and where waste and inefficiencies have been dramatically reduced.

A country in which all you need is a smartphone or a verbal request sent to a BOT to exercise a right, pay taxes, apply for maternity leave, renew a license, open a shop.

A country whose citizens will be the ones to report, simply and effectively, any bugs, errors or inefficiencies, with the certainty that their concerns will be listened to and the errors immediately corrected.

A country where Big Data is not simply a privacy issue or something to be fearful of, under the dominion of a small number of agencies, but an essential part of a modern public infrastructure that generates benefits for citizens.

Finally, I imagine a country where working for the Public Administration is an honor. Where the best brains race to work in public research centers, real centers of excellence and innovation capable of pulling the country forward. 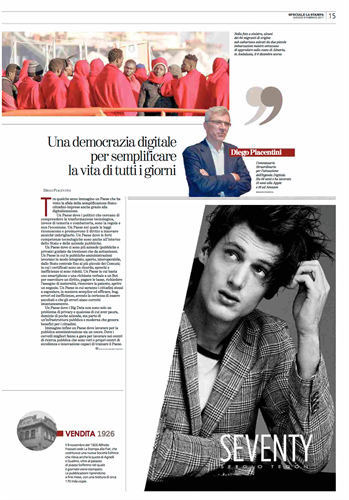 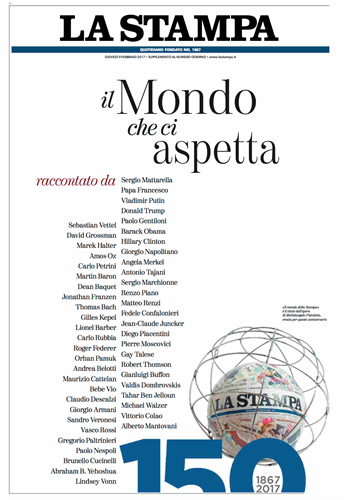